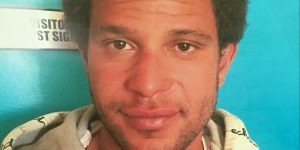 Eight months after an altercation with a Los Angeles police officer that left 29-year-old Brendon Glenn dead under suspicious circumstances, Los Angeles Police Chief Charlie Beck has confirmed that the officer responsible for Glenn's death had no justifiable reason for killing Glenn.

In a relatively odd admission from the Los Angeles Police, Chief Beck told the LA Times that he has recommended criminal charges are filed against the responsible officer and provided an overview of the investigators' findings.

Unarmed and Shot in the back

According to Beck, Brendon Glenn was positioned on his stomach, engaged in an attempt to lift himself off the ground, when LAPD Office Clifford Proctor stepped back and fired his gun twice, striking Glenn in the back.

After an extensive review of all available evidence, including video and witness accounts, LAPD investigators were able to determine that Glenn was not trying to take Proctor's firearm when he was shot. Furthermore, Proctor's partner stated that he did not know why Proctor opened fire.

As of now, prosecutors have yet to file charges against the officer in question, but they likely will in the near future due to the comments made by Chief Beck.

Brendon Glenn's family has decided to file a wrongful death lawsuit against the Los Angeles Police Department later in January. Wrongful death lawsuits allow family members of those who die as a result of negligence to obtain compensation for inevitable expenses that arise from such tragedies.

Brendon Glenn was not born in Los Angeles, California. Records shows that Glenn grew up in New York and moved to Los Angeles, CA just a year before his death. It is unknown which family members are pursuing compensation.

In Los Angeles, those who are entitled to pursue compensation for wrongful death on their loved ones' behalf include the deceased's spouse, domestic partner, child, step children, or even one's parents. These incidences can result in hundreds of thousands of dollars in expenses, and those responsible rarely offer to pay without first being taken to court.

Why File a Wrongful Death Lawsuit

When a family loses a loved one because of preventable negligence, they deserve to be compensated for their financial losses and to be able to hold the responsible party responsible in a court of law. In addition to the large damages that would likely be awarded to Glenn's family members in the event of a victory, they will also be able to tell their story in a court of law and receive validation from the court in the form of a judgement on their behalf.

Wrongful death lawsuits are about more than money, they are about holding wrongdoers responsible and hopefully sending a message that helps prevent future injustices.

If your loved one has dies in a car accident or any other tragic situation that resulted due to another person's negligence, it is in your best interest to contact an attorney you trust as soon as possible. Getting the right information early on could have a drastic impact on your case.

Those who would like to call Timothy J. Ryan & Associates can call (800) 838-6644 today to get help from a live person day or night. Obtain a free case evaluation from a skilled Los Angeles wrongful death firm that has helped to recover over $1 billion.