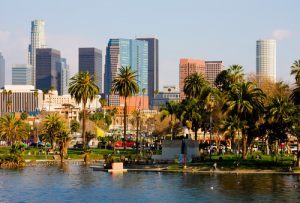 There is no worse experience for a family than to lose a loved one who has died through no fault of his or her own. When someone else, whether it is an individual, company or organization is responsible through an act of negligence for that loved one's death, then family members can find it hard to grasp. The death seems unfair and unjust. In addition to legitimate grief felt at the loss, there may very well be financial implications involved, too. A breadwinner who has been responsible for providing a family with income may have gone and the surviving family members may genuinely be struggling to make ends meet and pay bills on time.

Not long ago, there was no mechanism available for compensating the dead victim or his or her family for the death. If the victim had survived an accident, then a personal injury claim could have been initiated. The opportunity for making a claim was presumed in law to expire with the death of the victim.

What is a wrongful death lawsuit? Who can file?

Because of the complexities of this statute, it is always best to use an experienced Los Angeles wrongful death attorney to help with the claim. A wrongful death case is a civil claim pursued through the civil court. The claim is independent of any criminal charge laid against the party alleged to be responsible for the death by the state. Even if someone deemed responsible for your loved one's death is convicted and punished by the criminal court the heirs can still pursue a wrongful death action separately.

The people who are entitled to bring a joint lawsuit in Los Angeles are specified in the state's wrongful death statute (CCP Section 377.60). These are:

If the wrongful death case is successful, the amount of money that has been awarded to the joint group of claimants is shared out according to an agreed division worked out by the heirs themselves. Any disagreement about the way the settlement is divided can be brought to the attention of the court to help make a decision.

What types of wrongful death cases are common in Los Angeles?

The National Highway Traffic Safety Administration's data for Los Angeles reveals that fatal crashes at intersections and at low speeds are both far higher in this city than the national average. 36% of crashes in LA take place, for instance, at intersections against a national average of 22%. The city also has a much higher percentage fatality rate at night compared to the national average. Of course, not all of these fatalities may be considered wrongful deaths, but it does give an indication of where the city has to put its traffic safety priorities.

How is a wrongful death classified in LA?

In California, the claim needs to be submitted within two years for most wrongful deaths. In cases of medical negligence or malpractice, the statute of limitations is only a year. For someone who may have been killed as a result of negligence by a state agency, such as would be the case in the example of Milton Olin's case as described below, then the period for submitting a claim is reduced to 6 months.

All Los Angeles wrongful death cases are brought under the terms of state law. In this state, there is only one joint wrongful death claim allowed against a defendant. That means that all possible heirs to the decedent must bring the claim jointly. This is known as the “One Action Rule”. In fact, the heirs must not only jointly act together, if they think that another person may be entitled to be represented by the action, then that person must be declared at the time of the claim being submitted.

Former entertainment lawyer Milton Olin died in January of 2014 as a result of a fatal collision between him and a police vehicle on Mulholland Drive. Olin was riding his bicycle at the time and the collision took place in the bike lane. He died at the scene as a result of multiple wounds to the head caused by the police patrol car's impact.

An investigation has been submitted to the district attorney's office which has to make a decision whether to prosecute the patrolman who was driving the vehicle at the time of the fatal accident. The driver of the vehicle, Los Angeles County Sherriff's Deputy Andrew Wood, was himself partially injured in the collision. He has returned to full duty since the accident but has now been transferred to another unit.

The question of whether the deputy's driving behavior was responsible for Olin's death may determine whether the victim's family will go ahead with a wrongful death lawsuit against the driver.  The collision was reported to have taken place as the bicyclist and the patrol car were both heading in the same direction on a stretch of the one lane road.

Accidents resulting in serious injuries and fatalities that involve collisions between vehicles and pedestrians or cyclists are reported to be particularly common in Los Angeles. The National Highway Traffic Safety Administration's statistics show that Los Angeles has triple the pedestrian and cyclist accident rate compared to the national average (33% compared to 11.4%)

The fatal accident that Milton Olin was the victim of came 18 months after Governor Jerry Brown specifically rejected proposed legislation which would have provided three feet of room between a cyclist and a passing vehicle, or would require the vehicle to slow down while passing. The legislation, if passed, could have been another factor used to decide whether Deputy Wood was to blame for Olin's death.

Should I make grief counseling a priority?

Some specifically cater for children who have lost a parent or parents; others such as the Bereavement group and the Grief Support Group are LA based counseling groups that help all age groups cope with their loss. A number of these groups have grief psychologists, grief psychotherapists and grief counselors who are trained to provide specific help for those who have lost a loved one. Your wrongful death lawyer can help direct you to a suitable organization.

How Our Los Angeles Wrongful Death Attorneys Can Help

If you or someone you know has lost a loved one as a result of another's negligence, you are not alone. Timothy J. Ryan & Associates' Los Angeles wrongful death attorneys can help you identify your options and provide you with a free confidential case evaluation.

Call 1-800-838-6644 today to obtain a free case evaluation and find out how our contingency fees can work for you.