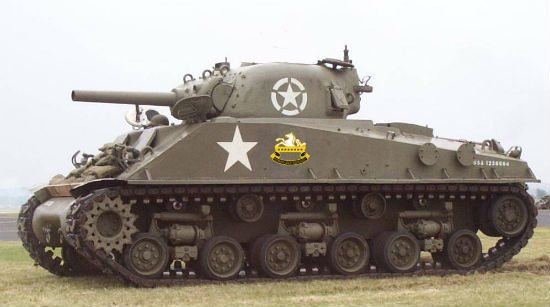 A World War II era tank in the Fairfield area of California has accidentally killed a guest at the Jelly Belly executive family reunion. The tank is a property of the chairman of Jelly Belly, who is fond of collecting old military vehicles.

The victim of the accident was a 54-year-old man by the name of Kevin Wright, and according to California Highway Patrol officers, the victim was riding right on the front edge of the military tank before the unfortunate accident.

According to the LA Times report, the 1944 M5 model tank was owned by Jelly Belly's chairman- Lisa Rowland Brasher, and it was believed that she was driving the tank down a dirt hill when the victim lost his balance and fell onto the tank's track. According to research findings, drugs and alcohol do not appear to have been a factor.

The Brasher family still remains in a state of shock after the bizarre incident, however the family has promised to help the victim's family get through the loss in whatever way they can.

What compensation can be awarded for wrongful death?

Wrongful death is when a death results from a negligent act, or an intentional one, by an individual or group of individuals. It can be caused by a careless driver, defective product or any other deliberate or negligent activity. Each state in the United States permits certain recovery of compensation for instances of wrongful death negligence resulting in serious injuries. Most states limit the amount that can be recovered, and they also provide a clear distinction between an individual's right to recover losses and an individual's right to recover losses as a result of the death of a relative.

According to the Wrongful death Act of California, a victim is entitled to a compensation for the following wrongful acts;

Negligent driving and failure to maintain safe premises are two major types of negligent behaviors that can be awarded in situations a person or their family member becomes a victim of an accident while on a responsible party's premises.

Need wrongful death assistance? Call (800) 838-6644 to obtain a free consultation from Timothy J. Ryan & Associates. They've helped recover over $1 Billion and have a No Win No Fee promise.