The Origins of Wrongful Death Compensation 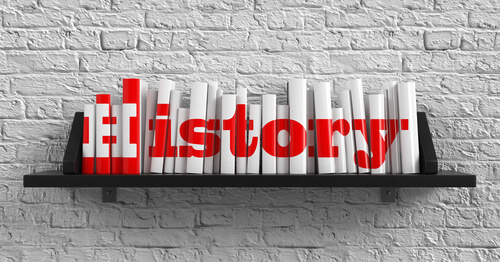 What is the complex history behind wrongful death? In legal terms, wrongful death is a civil action.  It is defined as a claim against a person who can be held liable for a death and is usually brought about by close relatives.  It is different that a legal suit for murder or manslaughter, and is a suit to provide recompense for the loss of a person through death, by awarding money.

It is an important part of our culture. Yet, how and why do we put a price on someone's life, someone's loss?

You have to go to deep history to see the beginnings of this concept.   Into myth and legend to see the first records of this being proposed and see how it evolved to our modern system.

In the 8th century, in the epic poem Beowulf, there is recompense demanded but Grendel refuses to settle his debt for all his killing.

In the 13th century, it is recorded in the Saga of the Volsungs, the Icelandic prose saga called, Völsungasaga.   Loki, Odin, and Hœnir were asked to pay for killing the son of  Otr.

Our actual legal right to wrongful death, stems from Frankish law, and transmutes through Germanic law, then English law, to the United States.   Salian Frankish civil code was created by the Frankish king, Clovis in 500 AD, who ruled  in what is modern-day France,  Luxembourg,  Netherlands, Germany, Belgium, and Switzerland.

Wrongful death was called Weregild, which literally means, “Man Price.”   It was initiated to curb blood feuds between families and tribes.    If someone was killed, the guilty person would have to pay restitution to the victim's family.    Blood revenge at that time in history was common and whole villages could engage feeling obligated to avenge the dead.   This simple method of payment, effectively stopped blood revenge pacts and quelled the emotional and financial loss.

This legal concept along with others in Salian Law, was the basis for law throughout the Medieval period and influence European and Western law and has come down to us as Wrongful Death.

In our modern history, there have been several wrongful death cases which have seized the public's attention, not only for their celebrity status, but for the way in which someone died, and for the way the court gave justice.

Probably the most well-known is the OJ Simpson Civil Trial.   Although, Simpson was acquitted on criminal charges of the killing of his ex-wife Nicole Brown Simpson and Ronald Goldman; the civil suit awarded the Brown and Goldman families $33.5 million in damages. Talk show host Nancy Grace was sued by relatives of Melinda Ducket who committed suicide because of the on-the-air confrontation.   The case was settled in 2010 for $200,000.

Although the Louisville case of a Meade County family, who lost  Jennifer Beglin  to hospital negligence, is not out of the ordinary, it stands as a testimony to the hard work of her lawyers to sift through difficult facts.   They were awarded $9 million dollars.

The history of wrongful death is long and complex.   If it is something you might ponder, seek good advice from an Orange County wrongful death lawyer.  A lawyer who specializes in this field will understand the subtleties of the law.