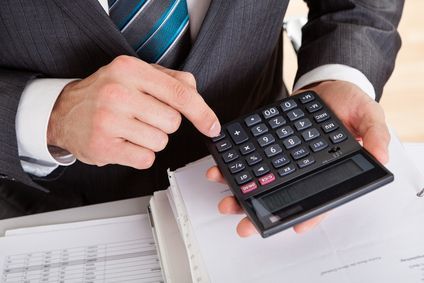 Spouses and certain other family members of a person who died because of another person's carelessness are entitled to seek compensation from the person who caused the death. In a case that goes to trial, deciding how much compensation should be paid is ultimately up to a jury. California juries are required to follow certain rules, however, and those rules guide personal injury lawyers when they arrive at the settlement value of a wrongful death case.

Determining the compensation that should be paid for a wrongful death is as much an art as a science. Some elements of compensation, including those that measure the financial loss surviving family members will experience, lend themselves to calculation. Other elements, particularly those that involve non-financial losses, cannot be measured with precision. Experienced personal injury lawyers rely on a variety of tangible and intangible factors to decide how much an insurance company should pay as compensation for a wrongful death. This article will explain how those decisions are made.

What is a wrongful death?

Careless driving that results in a traffic accident is a typical cause of wrongful death. Improper wiring that causes an electrocution, the sale of an unsafe product, and medical malpractice are additional examples of negligent behavior that can result in wrongful death compensation.

To the extent that any of the economic damages measure future losses, they must be reduced to present value. That means an economist will determine how much cash would need to be invested today to produce the future income, benefits, or value of services that will be lost due to the family member's death.

California juries are instructed to award compensation for the following non-economic damages:

Noneconomic damages cannot be assessed with the same precision as economic damages. Juries are told to award a reasonable amount based on the evidence and their own common sense. It is up to the jury to decide what amount is reasonable.

In wrongful death cases that go to trial, personal injury lawyers assemble evidence to persuade the jury that the decedent provided emotional support to family members as well as financial support. That evidence might take the form of testimony by relatives and friends as well as family photographs and videos. Personal injury lawyers base settlement values in part upon the strength of that evidence. When the decedent was clearly a loving spouse or parent, the settlement value is greater than it would be if the decedent had been an absent parent who abandoned his or her spouse.

What if the person who died was a child?

The same factors determine compensation for the wrongful death of a minor child. The value of financial contributions that a minor child would have made to adult parents over the course of a child's lifetime tends to be more speculative, particularly when death occurs while the child is still quite young. Juries are also instructed to deduct the value of the support and education that the parents would have provided to the child. That deduction may largely offset the financial contribution the child would be expected to make to the parents.

While economic damages may be lower when the decedent is a child, noneconomic damages may be greater. Parents expect to receive the love and companionship of a child over the course of their lifetime. While the law does not allow parents to be compensated for the emotional anguish that results from a child's death, juries tend to be particularly sympathetic to parents who lose a child. That sympathy is often reflected in substantial awards of noneconomic damages in wrongful death cases involving children.

What other factors determine compensation for wrongful death?

Personal injury lawyers rely on experience when they assess the settlement value of a wrongful death case. They begin by calculating economic damages, usually with the assistance of the experts discussed above. They then talk to family members and friends of the decedent to get a sense of whether that person was a loving spouse, parent, or sibling.

As personal injury lawyers evaluate the evidence, they will make a judgment about how a jury would react to the witnesses who would be called at trial. If the surviving family members who are bringing the wrongful death claim are sympathetic, the case will have a larger settlement value than it would have if the family members are unlikable or seem distant from the decedent and from each other. How a jury might react to the person who caused the death is also important.

Other factors, such as the amount of insurance coverage that is available and whether the decedent was partially responsible for his or her own death, also play a role in determining the compensation that should be paid. If the decedent's own negligence was a substantial factor in causing his or her death, damages must be reduced by the percentage of fault that is attributed to the decedent's negligent conduct.

After considering the tangible and intangible factors that shape settlement value, a personal injury lawyer will compare the case to similar cases that have been decided by juries in the same county. Experienced attorneys pay careful attention to jury verdicts. While every case is unique, jury verdicts in similar cases allow lawyers to predict the amount of compensation that a jury is likely to award in the case the lawyer is handling.

The final determination of settlement value takes all of those variables into account, as well as the lawyer's “gut instinct” about the case. Since only a part of the compensation that should be awarded is subject to mathematical calculation, it is important to find an experienced wrongful death attorney whose instincts can be trusted. A successful track record of handling personal injury cases is usually the best sign that a lawyer is equipped to decide how much compensation should be awarded for a wrongful death.