Walnut (LA County) Jogger Dies After Being Struck By Vehicle

A driver accused of striking and killing a jogger in Walnut, California is now in police custody. Officials say the motorist is under arrest on suspicion of murder.

This type of crime demonstrates the need for extra vigilance when running along roads in Los Angeles County. Family members of joggers and walkers killed by vehicles should contact a lawyer to receive advice on how to handle the situation. 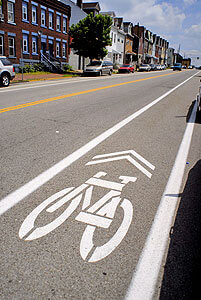 At about 6 a.m. on Monday, Feb. 15, Chi Shao, 59, was out jogging at La Puente Road and Citadel Drive. He ran in the bicycle lane, probably thinking this would help prevent an accident. However, a 1989 Toyota Camry hit him from behind.

The collision was quite intense; the Camry carried the victim on its hood a few yards, eventually depositing the body on the 20200 block of Barnard Avenue. The resident of the property heard the collision and called 911.

Los Angeles County deputies arrived to investigate. They found the jogger dead. The motorist, Haissam Massalkhy, 36, of West Covina, was taken into custody by late afternoon that same day.

Police changed the criminal complaint from murder to vehicular manslaughter after viewing the crime scene, while Massalkhy was in the hospital. But later in the evening, suspicion of murder became the official complaint once again.

The court set bail at $1 million. It is still up to the District Attorney whether to proceed with the case.

What can joggers do to remain safe?

It is of paramount importance for joggers to wear reflective clothing. Before sunrise, it can be difficult for drivers to see joggers before it is too late to prevent a collision.

Furthermore, anyone out alone at odd hours should inform a friend or loved one of their running route. This person can contact the authorities in case the jogger fails to return home. 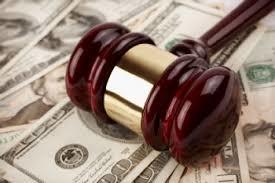 When people are harmed in road accidents, they and their families can seek justice in the civil courts.

In this case, the jogger died. However, his survivors can sue the driver for compensatory damages. A wrongful death attorney with experience assisting pedestrian collision victims will sit down with the family to calculate just how much income they have lost or will lose because of the death.

What are some examples of possible compensatory damages?

Victims and their families should always accumulate as much evidence of their losses as possible. Save all medical bills, for example.

A lawyer should be a first contact for those who have lost a loved one in an accident. Those who experience their loved one's death as a result of negligence have limited time to obtain compensation, and the bills associated with negligent deaths (medical expenses, funeral expenses, pain and suffering) quickly become overwhelming.

Insurance companies want to avoid paying large settlements and verdicts to victims' families regardless of whether they are entitled to compensation.

Without an experienced professional, it's easy to make mistakes that could cost thousands, hundreds of thousands, or even millions of dollars.

Anyone who has lost a loved one as a result of negligence in the state of California is entitled to pursue compensation for medical expenses, funeral expenses, lost wages and more. Even if you are unsure of whose fault the incident is or who may be held liable, speaking with an attorney will help you to understand your options and avoid costly mistakes.